I’ve been with Crystal Springs Resorts for five years. We bought the ski lodge in 2010, and it was my first experience working with that sort of facility. Everyone told me that the goal was just to move people in and out as quickly as possible.

I thought that something was missing in that vision. I saw myself coming in from the slopes and wanting a glass of wine and a fireplace to sit in front of.

So I thought there was a lot of room to change the way ski resorts operate their foodservice operation, and our owner and our CEO supported me on that a hundred percent.

So our goal with the construction of the Red Tail Lodge was to change the whole culture in ski resorts. We wanted a new mentality, one that would allow us to provide food for thousands of people a day without sacrificing quality. No longer were we going to be content with just serving chicken fingers and fries. You walk into the Red Tail Lodge in the morning, and the first part of the experience is our Kickstand Coffee place, with Starbucks beans. We wanted the quality of Starbucks while still providing a slightly different experience than our customers’ ordinary coffee place back home.

The biggest part of the food service operation at Red Tail is The Market, which is our main cafeteria. It’s dining-hall-style, and we still serve all the basics, but we wanted to commit to providing higher quality food and also healthy options. 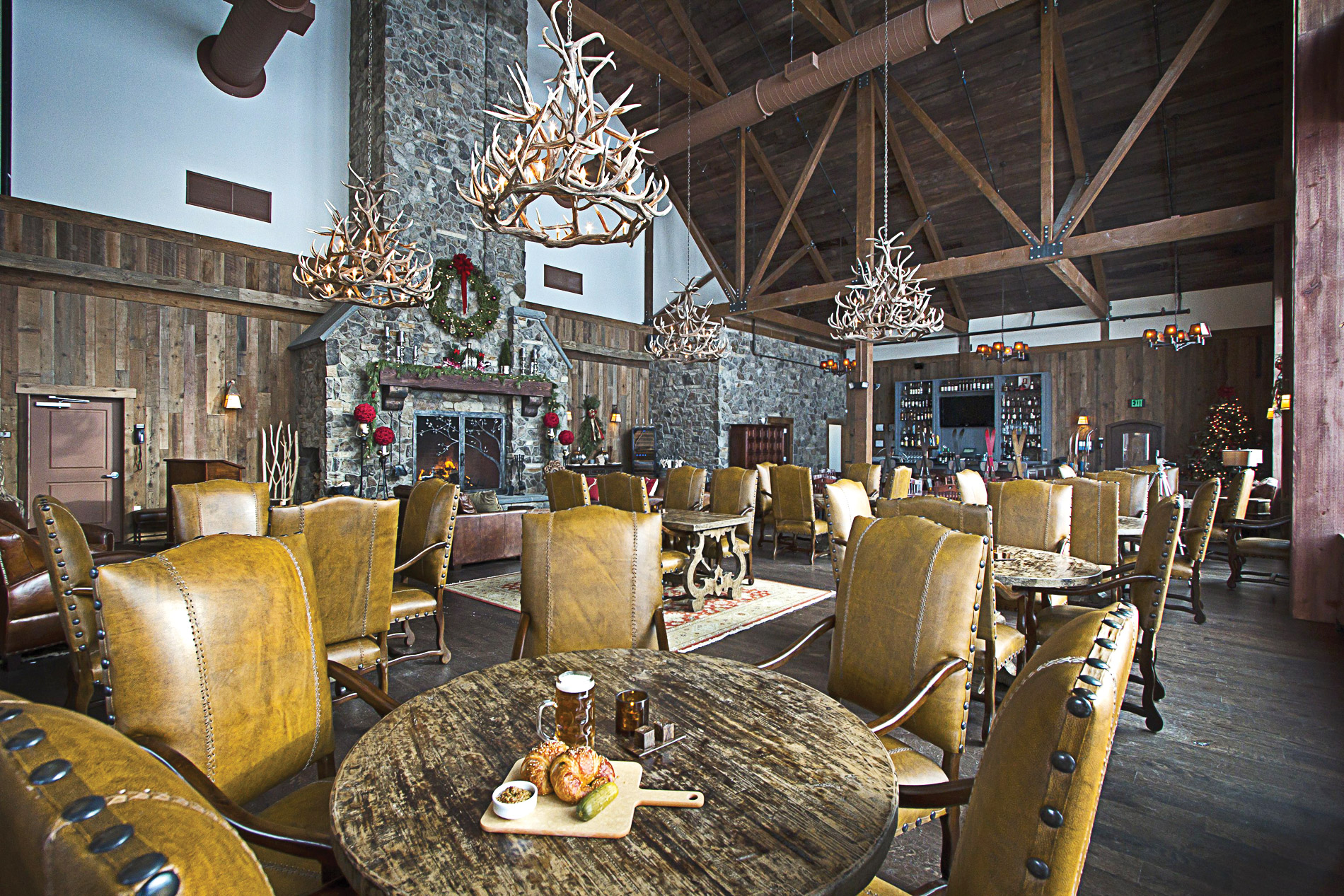 So we brought in Eloma Genius combi ovens, so we could control not only the heat, but also the humidity as well.

So we can do all our fried items in there, and it’s much healthier—we brought in six chefs to do a taste test, and none of them could tell the difference between our French fries and French fries done in oil. We also decided we weren’t going to be satisfied with standard frozen burgers. So we went to Green Tree for our meat, we created our own unique blend, which comes to us fresh every day to cook in the oven. 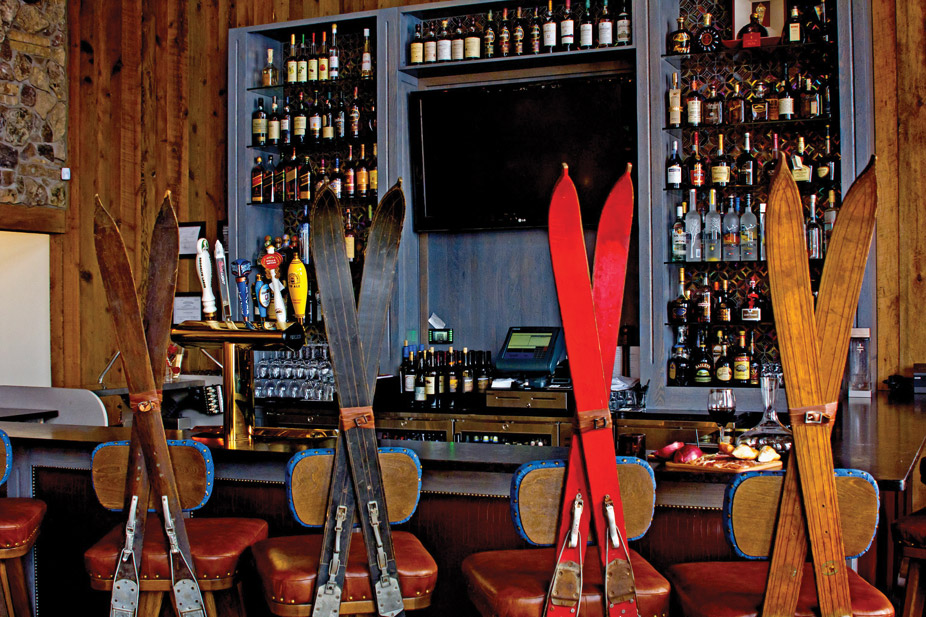 We also wanted to provide healthier options in The Market, so we provided eight different types of sandwiches, we provide eight different kinds of soups, and both in regular bowls and bread bowls; we have a sushi bar, all kinds of different healthy snacks. We added a carving station as well: prime rib, semolina bread, and your choice of add-ins and herb mayonnaise. For our daily bread deliveries, we chose Featherstone Foods as they provide so many bread options for our guests to choose from. For the dining hall’s display and grab n’ go options, Structural Concepts was the choice for their unprecedented elegance that their cases provide to match the dining hall’s design.

You move outside from there, we have an outdoor beer garden. We wanted to go for a German theme, so we only serve German beers there. And the beer garden also serves pretzels, bratwurst and knockwurst from a German butcher in Alpine, New Jersey. It’s outdoors, but we built a heated kitchen in the back. You could put any top chef in there and he’d have no problem cooking—we even put heated floors in.

We designed our private dining club, The Hawk’s Nest, to be a completely unique dining experience. We installed one of the largest fireplaces ever built in there. It seats around 65 people, and we combined American and European cuisines to create a menu that could satisfy a wide range of palates. You can order Wiener schnitzel on a pretzel croissant, but you can also order a bone-in rib eye steak. We also offer a large selection of whiskeys and bourbons and wines, and various types of leaf teas and French press coffees, all of which can be taken on the Hawk’s Nest’s private deck.

Above the Hawk’s Nest is Schuss, our biggest bar. It’s 140 feet long, with 65 stools. Krowne Metal provided us with all the custom fabrication for the back bars and underbar equipment. We offer shots served on skis, which we call “ski shots”, and a menu of Neapolitan pizzas and other Italian-style entrees, like meatballs, mac and cheese, and handmade pastas. Across our various restaurants, we try to offer as many different cuisines as possible. We built a million-dollar kitchen to handle it all, and we’re proud to say that it runs like a well-oiled machine. It’s incredibly clean and incredibly efficient, I’ve never been involved in anything like it before.

I had worked with the Konzelmans before, but never on this kind of scale. They really wowed everyone, from the owner on down. They worked hard, seven days a week, and they’re still coming in on a regular basis to help us, whenever we need them. 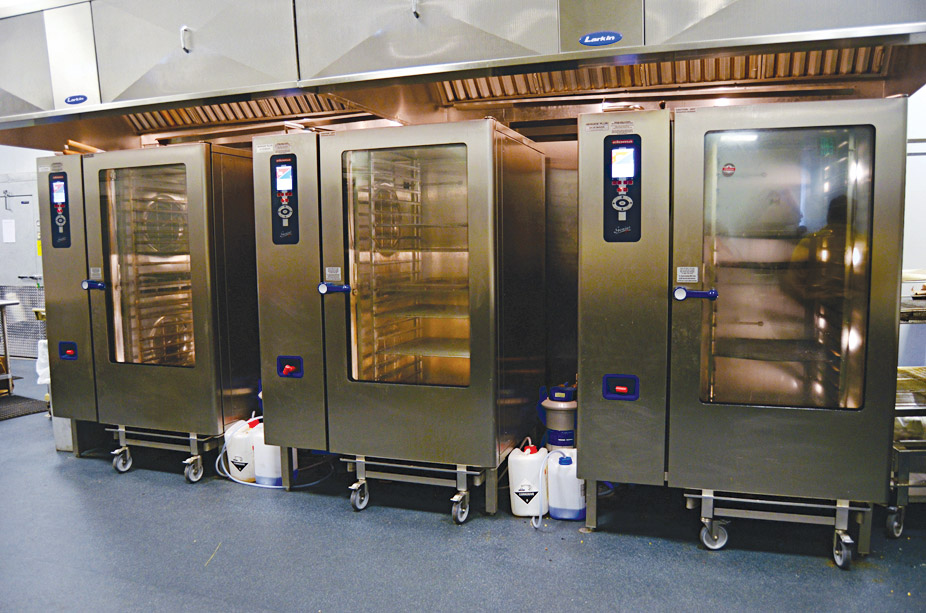 I got involved with this project in December of 2010. Rob called us and said that he was building a new ski resort, and he asked me to drop everything and come take a look. Interwest had made the initial drawings for the previous owners of the property, before they sold back to Crystal Springs. They hired a new architect, who was making changes to the building. I told him that I didn’t think the changes they were making would work, so Rob told me to fix it and come back in a week.

I realized that the plans they had drawn up would have prevented them from achieving their vision of a complete rethinking of ski resort cuisine. They needed a kitchen that was much more of a finishing facility. They’re not going to be making a pizza on the main level of the lodge; they’re taking a frozen pizza up there and finishing it. When you expect a thousand people an hour, you can’t be making pizzas or flipping burgers one at a time.

So we installed Eloma Genius combi ovens, the products could be rolled in and out quickly. With those ovens, we could cook 20 pizzas in six or seven minutes, and do it consistently. Those were our three focus areas: speed, efficiency, and consistency. We had to create a kitchen that was ready for the heaviest ski day possible.

Of course, storage is a challenge when you’re dealing with an operation that large. We put in three large walk-in units provided by Master-Bilt on the delivery level: a refrigerated unit, a frozen unit, and a third just for beer. We put three more walk-ins on the kitchen level: a frozen unit and two refrigerators. Our strategy was to just find the biggest units that would fit the space. 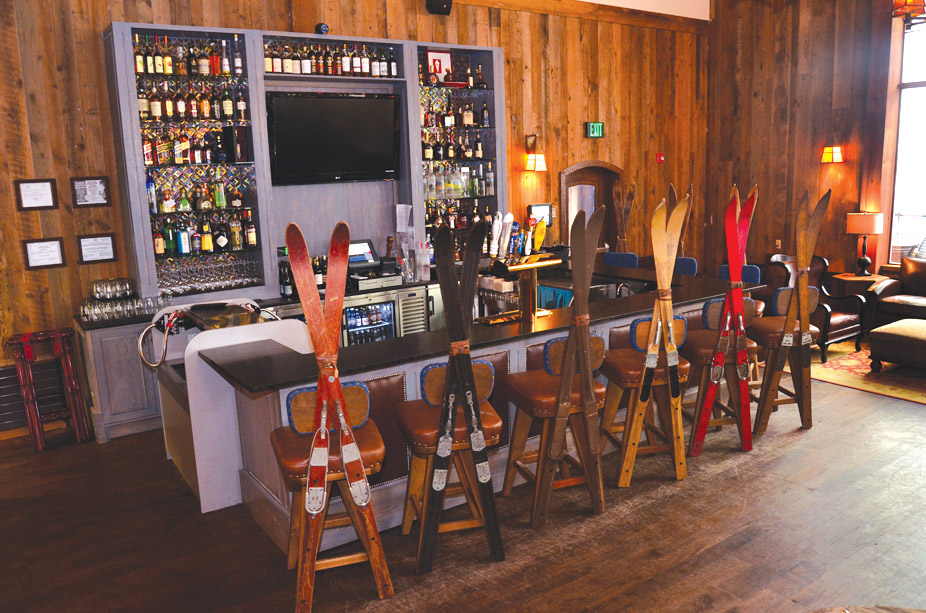 The Hawk’s Nest space threw a wrench into the whole process, because you need very different equipment to prepare a la carte meals than you do for cafeteria-style dining. So we built them a separate kitchen facility, which, unlike the cafeteria, has its own prep space. They also use the prep space in the main area downstairs, but they needed additional space right next to the dining room. We gave them their own oven, an EarthStone dual-fuel oven, gas with wood assist. It’s great for producing flatbreads and pizzas.
Jeff Hendler of ICEsurance provided the beverage facilities, but we did all the engineering for that. We also worked with Coca-Cola on placement issues, but it was up to me to figure out where the racks for the soda dispensers would go and where the beer system would go.

With so much equipment going into a building that was still under construction, installation was also certainly a challenge. The building didn’t have doorways yet, so we often had to lift equipment thirty feet into the air to put it through a hole in the side of the building. It was certainly not the type of installation I’m used to doing, and it was a fraught process at times. 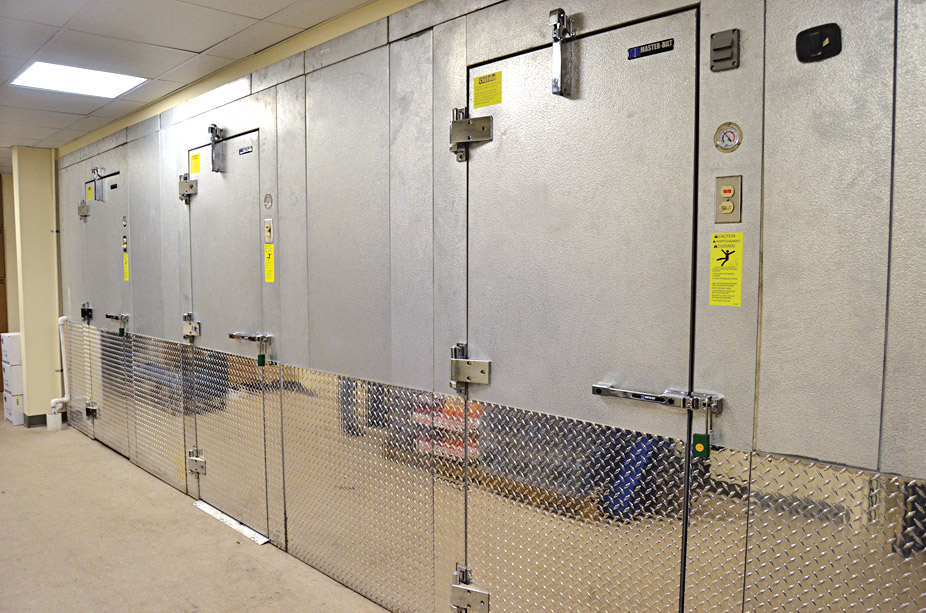