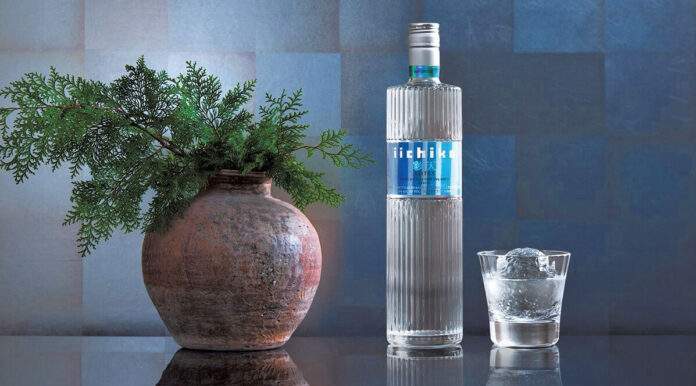 Along with elected officials shuffling seats this month after the midterm election, it should be noticed that laws and policies change. Even when it seems inconceivable.

For those of us 55 and younger, we’re waking up post-pandemic to realize that the broken business model that’s guided the hospitality industry is no more immutable than the protections guaranteed under Roe v Wade. One positive way that’s all been driven home very visibly recently is the addition of a new law passed in New York on July 1st enabling Japanese shochu to finally be sold as shochu.

Previously any shochu sold here was required to be labeled as soju. That’s problematic because that’s a misnomer; soju comes from Korea. Shochu is a heritage product with roots stretching back hundreds of years in Japan. And they are very different libations.

When Governor Hochul signed New York Assembly bill A.8620/7913 into law amending the Beverage Control Act it leveled the playing field for Japanese producers and opened up vast opportunities for guest education and business expansion. This amendment means that for the first time in New York the shochu category is recognized as unique and Japanese Shochu (24% ABV or under) can be sold under a beer and wine license.

Chikako Ichihara, of the New York Japanese Restaurant Association (NYJRA), explains why this legislation is so important to the category, and to American bars and restaurants. She says, “We have always wanted to put the shochu name on the label to avoid consumer confusion. There are two completely different products in which the process and production is different; soju is from South Korea and shochu comes with an over a 500-year-old history of being made in Japan.”

Just getting the name right is only the first step. Shochu faces a few more hurdles beyond naming rights, and category recognition, and Ichihara and her association members know there are also great rewards to be seen by beverage managers who embrace shochu and can add a spirits education component to the guest experience. Being the restaurant or bar that offers guests something new is a big plus for business.

Chikkako explains, “Many people think shochu is the same as sake, but it is different. Sake is brewed wine. Shochu is a distilled spirit. It’s a huge difference. There are over 286 ways to make shochu – there’s not other spirit making that kind of complicated process.”

That complicated process starts with any one of a number of ingredients. Or, to be a bit more precise, over 46. It’s mainly rice and potatoes, but Ichohara points out that they also have shochu made with pumpkin and ginger and other ingredients.

Honkaku shochu and awamori shochu are the two main kinds of shochu you’ll find. They are both traditional pot still distillates, and because it’s a single distillation process – they are only distilled once- the spirit maintains the rich taste of its base ingredients.

Honkaku shochu uses grains, potatoes, brown sugar, etc. as a main base ingredient, and koji and water as raw material. Koji is a fermented product made by treating rice with mold. In Saké production the mold is introduced to rice, in shochu production it’s introduced to rice as well as ingredients such as barley, sweet potatoes, buckwheat and more. Koji contains enzymes made by the koji mold which break down the main ingredient and the koji itself into several components.

There two kinds of koji used most often- black and white- with yellow being used as well to produce shochu. The koji itself impacts the final flavor of the shochu. When training bartenders about shochu, whether it’s his brand, SG, or on the category itself, Joshin Antone, Director of Brand & Product Design, the SG Group, explains, “Shochu is a Japanese single-distilled spirit using koji in the fermentation process. The koji and single distillation contribute to a complexity and expressivity in flavor that very few spirits offer.”

He continues, “Shochu is generally made from either rice, sweet potato, or barley, the flavors of which are distinct and offer a diverse range of authentic flavors. Depending on the variety the cocktail applications vary- light, crisp rice shochu can be used similar to vodka or gin, while sweet potato shochu with a full body and rich aromatic profile can be used in cocktails to replace rum or tequila. Barley shochu, if aged in barrels, can be used similar to Japanese whisky or brandy.”

Tetsuro Miyazaki, General Manager of Iichiko USA, describes his brand as representative of the category as he notes, “Iichiko Shochu is the native spirit of Japan – a white spirit that’s incredibly rich in flavor, yet smooth and easy to drink with food. Iichiko, pronounced EACH-ko, derives from a dialect spoken in the Oita Prefecture of Japan and translates to ‘it’s great.’ Iichiko is a true expression of a pristine natural environment; crafted in Oita Prefecture on Kyushu, Japan’s southernmost island – a region famous for its clean air, lush greenery, dense cedar forests, mountainous terrain, and geothermal springs.”

Ichihara points out that geography is yet another difference separating shochu from other spirits, “It’s very regional – most of shochu is made on the southern island, sake is made up north.” She continues, “Everybody feels spirits can’t pair with food, but shochu can.  Smooth, subtle and it is very easy to pair with food during dinner. It’s like a wine.”

Chef Fred Sabo, Executive Chef, Restaurant Associates concurs, “What is interesting to me as chef is the funk factor in shochu.  Using citrus flavored shochu to cure salmon for example is a way to add another layer of flavor and depth of umami. Paired with food it is very adaptable because it’s easy to drink. I like it particularly with fried foods. Shochu can stand up to strong flavors without overwhelming them, co-mingling on the palate to create smooth taste experiences.”

Creating great taste experiences is what drove Samuel Boulton, Managing Director of The Pineapple Club Cocktail Bar -the 44th Best Bar on the UK Top 50 Bars List- to add multiple shochu options to his back bar and menu at Pineapple, and his other bar, Shibuya. Though they just started adding shochu to the inventory earlier this year, thanks to customer request there’s a full commitment to the category with 35% of menu drinks at Shibuya and 20% at The Pineapple Club including shochu.

Having shochu on the menu is a great opportunity for guest engagement. And bartender education. He shares his approach, “We keep it simple (unless they ask for more information) – we tell them it’s a spirit from Japan what it’s made from and what to expect in the cocktail. More than not, we have to explain the difference to Soju, as I think most consumers are more familiar with the Korean spirit.”

Boulton makes sure his bartenders understand it fully and he hopes all bartenders will grasp the versatility of shochu. He remarks, “We’ve been playing with it for a while now and it’s amazing to see how you can use it; some will overpower a cocktail easily, some are fruity and light, some you really have to really work to extract it’s flavor like Kome Shochu.”

Boulton encourages bartenders to experiment and explore the category as he advises, “I think bartenders need to understand there’s over 50 ingredients you can use to make Shochu and each ingredient have many varieties within them. Sweet potato for instance can be umami heavy and rich or taste of lychees and Violet. In the Uk we have a great selection, something I’m keen to keep exploring and finding more.”

That should be an easy task for Boulton, and bartenders everywhere, as there are over 1700 producers of sake, honkaku Shochu, awamori, and hon-mirin in The Japan Sake and Shochu Association (JSS) – which was established in 1953 as the largest non-profit organization in Japan. And there are over 270 shochu distilleries throughout the country, producing more than 2000 brands today.

Really it couldn’t be more timely for bars and restaurants to embrace, understand, and utilize shochu for the great delight of their guests. And to build a more interesting bar
business.

And, in keeping with the Japanese traditions of respect, now that shochu can be labeled correctly in NY it is encumbent upon us to make sure we are giving it its due as Antone concludes, “Shochu is often confused with Korean soju or the Chinese shaojiu. While these spirits share an etymological root, they are different spirit categories, and therefore we need to make sure we are pronouncing the words correctly.”

From exclusive interviews to the latest news on products, trends, associations, and events – Total Food Service covers all aspects of the national food service industry. Whether it’s our monthly print or digital issues, to our website and social media channels (below), we deliver a package of must read news and information to build and enrich your business.

Join Total Food Service and L. Sashin & Associates on February 8th at 8:45am ET for Virtual Breakfast Session #32 Coffee With... Liz Neumark. When Robert Frost wrote the poem, “The Road Not Taken”, I doubt he was aware that he had outlined a path to success for Liz Neumark...

While hospitality and event management are two distinct industries, with their own professions and specialisms attached, there are a whole host of ways in which they intersect and overlap with one another. Understanding the ins and outs of this relationship is useful for...

Have you ever stopped to think about what happens with the uneaten food leftover from restaurant meals? Food waste is increasingly becoming a problem for restaurants, costly in financial and environmental terms. Fortunately, technology is revolutionizing the restaurant industry...

When Taqueria Chingón in Bucktown neighborhood of Chicago made its debut in 2020, the restaurant went through 40 pounds of steak and 70 pounds of pork al pastor on opening day. Chef Marcos Ascencio and his team have simply never looked back. Customers can...

All content is copyright © 2023 Total Food Service (unless otherwise noted) and may not be copied or reprinted without permission. All rights reserved.

US Foods Adds Bear Robotics and 7Shifts To Technology Offerings for...