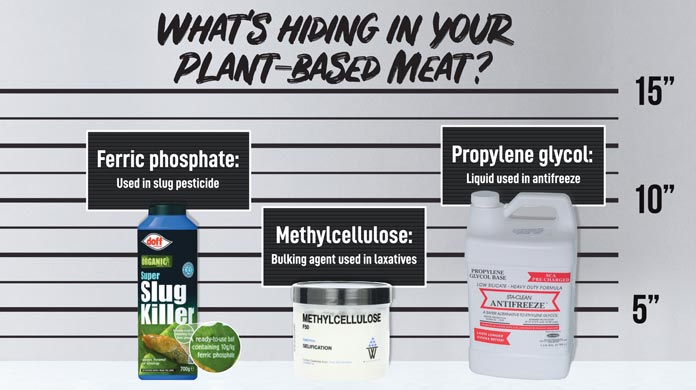 Q&A with Will Coggin, Managing Director, Center for Consumer Freedom

Since attending the Plant Based Food Show at the Javits Center in 2019 and then seeing the growth of items including the Impossible Whopper on Burger King’s menu, Total Food Service wanted more perspective on where the trend is headed in 2020, and if there are any repercussions in shifting to a plant based meat diet.

We reached out to the Washington, DC based Center for Consumer Freedom, which runs Cleanfoodfacts.com, to get their thoughts on a campaign that they are running to educate the public about plant-based meat products. The Center’s Will Coggin built the case for chefs and restaurants keeping real beef on their menus.

The food industry has seen many fads over the years, and the current trend right now is “meatless” products.

Currently, there’s a lot of noise surrounding the health risks of eating too much meat, which is what is a driving factor behind this fad. Consumers think that if they cut down on their meat consumption by choosing plant based meat substitutes instead, they’re not only eating healthier, but also helping the environment. What they don’t know is how much chemicals and additives are included in these new meatless options that are marketed as tasting “like the real thing.”

How did you get involved with the Cleanfacts parent organization, Center for Consumer Freedom (CCF)?

CCF and its’ founder Rick Berman were a perfect match for me. I was an activist in college so for the past 10 plus years, and I have been able to take a stand and to run against the status quo on a number of important issues including beef. I am able to speak the truth when it’s not the popular opinion, so it’s been a good fit.

What sparked the company’s interest in the restaurant and food service industry to take on this campaign?

We have had several projects that deal with the restaurant industry. One dealt with employment policies and now this one deals with actual food and the whole meatless burger/meat trend. These issues are obviously very personal, since everyone eats food, but don’t really think about what’s goes into it. It’s fascinating to see what goes on in food production and agriculture. It’s interesting to see how animal rights activists or public health politicians think they have a say on what I eat. These people think what I eat is their business. 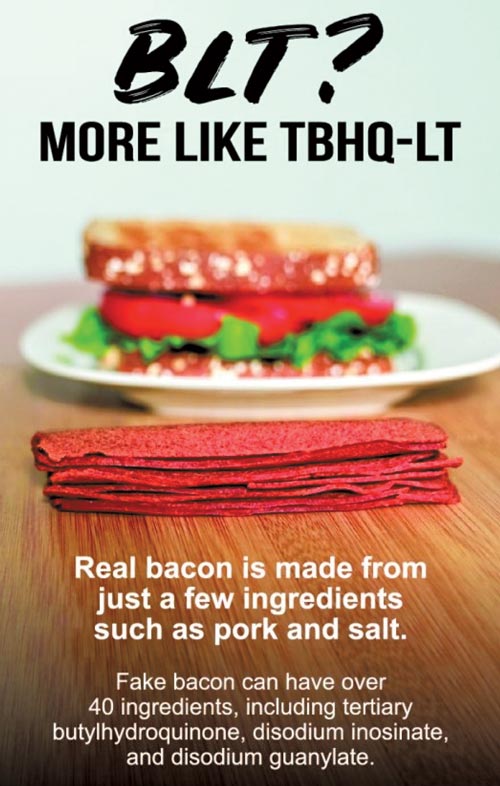 What does that mean?

This can manifest itself in different ways, but you have people out there like activist groups, who for one reason or another, don’t want you to eat certain things. It could be giving up meat and diary, or GMO activists who want to stop all bio-engineered food.

Where did this initiative come from?

For more than a decade, we’ve been running campaigns against groups like PETA or the anti-meat groups that have spawned this narrative that meat is bad for your personal health and bad for the environment. They spew out all these reasons why people shouldn’t eat. Obviously, these messages haven’t gone anywhere because most people aren’t vegans or vegetarians. But we still try to combat the messages over the years. What’s changed recently is that there are these fake manufacturers in the market that claim they are producing the veggie burger 2.0 and they have newer formulations that mimic actual meat, so they taste better.

What is your read on their message to the foodservice professional and their dining guests?

Beware that these new companies have latched on to the narrative that meat is bad for you and your health. They then present you with their plant based meat product and market it that it tastes just like meat without having any animal byproducts. This in turn causes consumers to be curious about the product, which is what drives them to purchase it. Our data shows that 90% of consumers who are trying these “beyond burgers” are not vegetarians. So what happens with health the leading factor that drives people to think these imposter burgers are better for them so they can indulge in other things like fries. It’s just mental
justification.

How does this impact the restaurant industry?

The real message of our campaign about helping the restaurateur and the consumer make up their own mind at the end of the day about what they want to eat. We just want people to be aware of what’s actually in these products.

They are generally higher in sodium than regular meat products and not always made with pure plant-based ingredients. Our position is that despite what the plant-based protein peddlers would have you believe, fake meats are not clean eats. A recent survey found 78% of Americans prefer to recognize the ingredients in their food. If you take a quick scroll through our ingredient comparison tool, it would be quite difficult to find a fake meat product that you recognize all the ingredients for. It reads like something in a chemistry book: Titanium dioxide, disodium inosinate, and other additives are found in fake meat.

Is your read that this Imposter/Meatless is a fad or here to stay?

Successful restaurants are always about listening to their customers. The foodservice operator is always challenged by how to respond to the latest fad or trend. There are a lot of variables that can affect what’s in when it comes to food trends. There are a lot of restaurants that are pressured by activists, but at the end of the day is it something that consumers really care about? Instead of bending into the pressure they need to look at the data and see if consumers really demand this food. Back in 2012, being gluten-free was a big fad, and restaurants made a decision of how it fits on their menus, but you don’t hear too much about that anymore. Our advice is not to rely on data from anywhere else but yourself and your customers.

What’s the next step for foodservice professionals to take to learn more?

They can go to the website to learn more about the campaign and the truth about plant based meat products. The website is cleanfoodfacts.com and there they’ll find a comparison list of ingredients in various products so that they can educate themselves. There’s also tons of other writings on the subject, with scientific research and more.