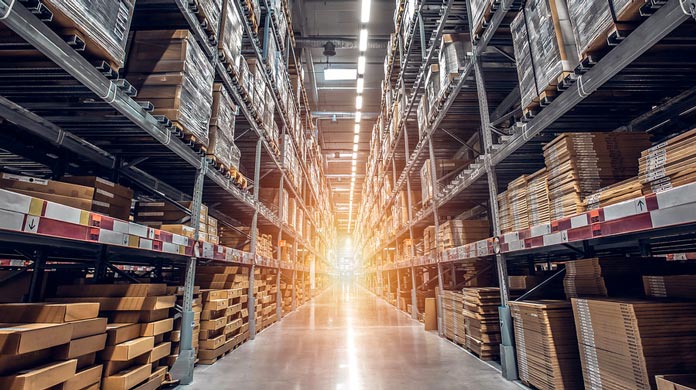 With an eye towards peace in the boardroom, US Foods Holding Corp named Dave Flitman as its chief executive officer late last month. The move comes just months after the food distributor’s top boss stepped down following a settlement with activist investor Sachem Head Capital Management.

Flitman, 58, who will also join the board at US Foods, was most recently the CEO at U.S. building products supplier Builders FirstSource Inc. He has also headed Performance Food Group Co’s foodservice division from 2015 to 2018.

Former US Foods CEO Pietro Satriano exited in May the same day the company settled one of the most high-profile corporate fights this year by appointing three new independent directors to its board as agreed with Sachem Head. The activist investor had been pushing for changes at Rosemont, Illinois-based US Foods, which has struggled to boost profit margins amid inflation and supply chain disruptions, saying the company’s performance was unsatisfactory.

Flitman, who left Performance in 2018 after a three-year run, will assume the top job at US Foods on Jan. 5. He is currently CEO and president of Builders FirstSource, a building-supplies vendor with annual revenues of about $23 billion, according to US Foods.

Flitman will succeed Andrew Iacobucci, who has been fulfilling the CEO’s duties at US Foods on an interim basis since May, when the company parted ways with then-chief Pietro Satriano. Satriano was forced out by the board at the prompting of a discontented shareholder, Sachem Head Capital Management, which held an 8.7% stake in US Foods. Sachem had criticized Satriano for not sufficiently closing the sales lead that No. 1 distributor Sysco held over US Foods.

Sachem had demanded that Satriano be replaced as CEO of US Foods by Bernard Hees, the onetime CEO of Burger King and Kraft Heinz. The board balked at that demand but awarded Sachem two director seats. Flitman will also serve as a director of US Foods.

He came to Builders FirstChoice through its merger with BMC Stock Holdings, of which he was CEO at the time. In announcing its new CEO, US Foods said Flitman hit the growth targets of the merged companies in half the time the board had targeted. A chemical engineer by training, Flitman served earlier as president of the Water and Process Services operation of Ecolab. He spent more than two decades in various positions for the chemical company DuPont. “I look forward to building on the current momentum the team has built in executing the company’s long-range plan, driving operational excellence, creating value for our customers and shareholders and fostering a culture where associates thrive,” Flitman said in a statement. Simultaneous with the CEO change, US Foods Executive Chairman Bob Dutkowsky will become non-executive chairman.

Sachem Head Capital’s Scott Ferguson in his role as managing partner and portfolio manager of Sachem drove the Flitman hire. Prior to starting Sachem Head, Ferguson spent nine years at Pershing Square Capital Management, which he joined pre-launch as the firm’s first investment professional. Prior to Pershing Square, Scott earned an M.B.A. from Harvard Business School in 2003 and was a vice president at American Industrial Partners, an operations focused private equity firm, from 1999 to 2001. Scott was also a business analyst at McKinsey & Company from 1996 to 1999.

US Foods services about 250,000 restaurants and foodservice operations. In addition, it runs about 80 cash-and-carry outlets for small operators.

From exclusive interviews to the latest news on products, trends, associations, and events – Total Food Service covers all aspects of the national food service industry. Whether it’s our monthly print or digital issues, to our website and social media channels (below), we deliver a package of must read news and information to build and enrich your business.

Join Total Food Service and L. Sashin & Associates on February 8th at 8:45am ET for Virtual Breakfast Session #32 Coffee With... Liz Neumark. When Robert Frost wrote the poem, “The Road Not Taken”, I doubt he was aware that he had outlined a path to success for Liz Neumark...

While hospitality and event management are two distinct industries, with their own professions and specialisms attached, there are a whole host of ways in which they intersect and overlap with one another. Understanding the ins and outs of this relationship is useful for...

Have you ever stopped to think about what happens with the uneaten food leftover from restaurant meals? Food waste is increasingly becoming a problem for restaurants, costly in financial and environmental terms. Fortunately, technology is revolutionizing the restaurant industry...

When Taqueria Chingón in Bucktown neighborhood of Chicago made its debut in 2020, the restaurant went through 40 pounds of steak and 70 pounds of pork al pastor on opening day. Chef Marcos Ascencio and his team have simply never looked back. Customers can...

All content is copyright © 2023 Total Food Service (unless otherwise noted) and may not be copied or reprinted without permission. All rights reserved.

US Foods Adds Bear Robotics and 7Shifts To Technology Offerings for...